Hyperkalemia is common among older adults with a stay in long-term care or post-acute care settings (LTC/PAC), and it is associated with higher rates of recurrence, hospitalization, and death, investigators reported in a poster presentation at the American Society of Nephrology’s Kidney Week 2021.

Of 4,562,231 Medicare recipients with a LTC/PAC stay, 14.7% had a hyperkalemia episode during their stay or within 1 year of discharge, James F. Neuenschwander, MD, of Genesis Healthcare System in Zanesville, Ohio, and colleagues reported. After propensity score matching, the investigators found that patients with vs without hyperkalemia were significantly more likely to be male, Black, and dual eligible for Medicaid. They also had a higher Charlson comorbidity index. Both chronic kidney disease and congestive heart failure are common in patients who require longer-term care, the investigators noted.

Results showed that 48.3% of patients experienced recurrent hyperkalemia and 30.8% died during their index LTC/PAC stay or within 1 year of discharge. In addition, 14.3% and 32.0% had 1 or more hyperkalemia-related hospitalizations during their LTC/PAC index stay and within 1 year of discharge, respectively; 7.5% and 25.3% of patients had 2 or more hyperkalemia-related hospitalizations, respectively.

Despite the high prevalence of hyperkalemia and its recurrence, just 2.7% of patients with an episode filled a potassium binder prescription during the LTC/PAC stay and 4.3% during the 1-year discharge period, the investigators reported.

“Prevalence and recurrence of [hyperkalemia] was high, but few patients filled a potassium binder prescription, suggesting potential gaps in treatment during or after an LTC/PAC stay,” Dr Neuenschwander’s team concluded.

This research was supported by AstraZeneca. Please see the original reference for a full list of disclosures. 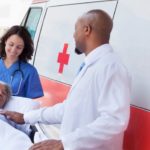