Among the 104 patients who experienced an initial hyperkalemia episode (serum potassium of 5.5 mmol/L or more), hyperkalemia at or above the same threshold recurred in 60.6% within 1 month, 47.1% within 2 months, and 46.1% within 3 months.

Hyperkalemia prevalence was significantly higher in the summer, Pantelis E. Zebekakis, MD, PhD, of Aristotle University of Thessaloniki in Greece and colleagues reported.

Hyperkalemia increases the risks for cardiovascular-related hospitalizations and sudden cardiac death, Dr Zebekakis’ team noted. They concluded that there remains a “large unmet need” for effective potassium-lowering therapies in this “high-risk” population. 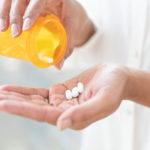 MRA Treatment Ups Hyperkalemia Risk, but Not Death in CKD