Discontinuing renin-angiotensin-aldosterone-system (RAAS) inhibitors is associated with the lowest risk of recurrent hyperkalemia within 1 year among patients with RAAS inhibitor-related hyperkalemia, according to investigators.

The finding is from a Canadian population-based retrospective cohort of 49,571 patients aged 66 years or older (mean age 79 years) who experienced hyperkalemia (serum potassium level of 5.3 to 7 mEq/L) while receiving a RAAS inhibitor. More than half of patients had stage 3 or higher chronic kidney disease and approximately a third of patients had congestive heart failure. Of the cohort, 38,254 (77%) received no identified pharmacologic intervention and 11,317 (23%) did.

Among those who received a pharmacologic intervention, RAAS inhibitor discontinuation was the most common approach (74% of patients), followed by a decrease in RAAS inhibitor dose (15%), an increase in diuretic dose (7%), prescription of a new diuretic (3%), and use of the potassium binder sodium polystyrene sulfonate (1%).

RAAS inhibitor discontinuation was not associated with a higher 1-year risk of cardiovascular events or death from any cause compared with no intervention.

As the study was observational, the investigators stated, they could not establish causation between the study interventions and outcome measures.

In an accompanying editorial2, Jonathan A. Bolaños, MD, and Stephen L. Seliger, MD, of the University of Maryland School of Medicine in Baltimore, said the new findings suggest that when facing RAAS inhibitor-induced hyperkalemia not requiring emergency treatment, a more conservative approach of RAAS inhibitor discontinuation “may result in a lower long-term risk of hyperkalemia recurrence, even when compared with sodium polystyrene sulfonate, at least with a 1-year time frame.” 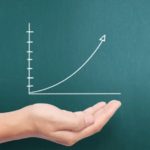