“Clinicians should note that even minor episodes of hyperkalaemia are prognostically relevant, important to communicate, and worthy of consideration in the planning of ongoing care, monitoring and expectations for future health,” Simon Sawhney, MBChB, BScMedSci, PhD, and colleagues from Aberdeen Centre for Health Data Sciences, University of Aberdeen in Grampian, UK, concluded in an article published in the American Journal of Kidney Diseases.

Based on data from 302,630 adults in Grampian, UK, during 2012-2014, the annual population incidence of hyperkalemia (defined as serum potassium 5.5 mmol/L or greater) was 0.96 episodes per 100 person-years. The hyperkalemia incidence rate doubled for each 10-year increase in age from age 40 years. Results showed that 66.4% of episodes occurred in the community, 18.1% at hospital admission, and 15.6% during initial hospitalization.

Hyperkalemia occurrence was associated with poor health outcomes over 5 years of follow-up. Kidney failure risk was 17- and 2-fold higher among adults with than without hyperkalemia who had a baseline eGFR of 60 or greater and less than 30 mL/min/1.73 m2, respectively. The risk for major adverse cardiac events (MACE; defined as fatal or non-fatal myocardial infarction, heart failure or stroke) was 1.8- and 1.4-fold higher with hyperkalemia at the respective levels of kidney function. All-cause mortality risk was 2.3- and 1.5-fold higher, respectively. Having both hyperkalemia and AKI was associated with higher cumulative risks for MACE and death than having either condition alone.

“An increase in kidney failure after hyperkalemia among those with preserved baseline kidney function is particularly notable and implies a mechanism of reduced kidney reserve may be contributing to the poorer outcomes,” Dr Sawhney’s team wrote. “Thus, ‘mild’ hyperkalemia is a novel predictor of lasting poor health outcomes that is independent of conventional kidney excretory function metrics.”

They added that hyperkalemia “should not be considered solely an acute or transient problem, but a red flag indicator of diminished kidney reserve, and of lasting future health risk.” 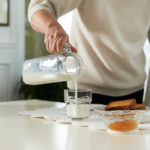 Mixing Patiromer With Juices Does Not Impair Potassium-Binding Capacity