Dyskalemia at admission to an intensive care unit (ICU) may increase patients’ risk for cardiac events and death, especially when the condition the potassium abnormality is not corrected within 2 days, according to new findings from a French study published in Critical Care.

Using 1999 to 2014 data from the OUTCOMEREA database, Lila Bouadma, MD, PhD, of Université Paris Diderot in Paris, and colleagues examined outcomes among 12,090 patients admitted to 22 ICUs. The team stratified patients by admission serum potassium into a normokalemia group (3.5 to 5 mmol/L); 3 hypokalemia groups (mild, moderate, and severe), and 3 hyperkalemia groups (mild, moderate, and severe). The main study outcome was 28-day mortality.

In addition, patients undergoing renal replacement therapy on day 1 or 2 had a significant 34% risk for early death.

Whether dyskalemia is a true cause of excess mortality responsive to treatment or merely a marker of ICU patient complexity is unclear, Dr Bouadma’s team stated. 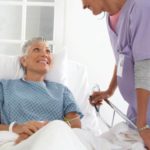