Dialysis patients treated with vitamin K antagonists (VKAs) such as warfarin are at increased risk of calciphylaxis, a rare but serious complication associated with a high mortality rate, according to a new study.

A team led by Thomas F. Hiemstra, MD, of the University of Cambridge in the U.K., performed a retrospective cohort study of 2,234 dialysis patients. Of these, 5 experienced calciphylaxis and 142 were treated with VKAs (141 with warfarin and 1 with acetocoumarol). Calciphylaxis occurred in 4 of the 142 patients. In all cases, vitamin K antagonists were discontinued and treatment instituted with sodium thiosulphate (STS), cinacalcet, and supportive measures. All 5 patients recovered, but 1 experienced a sudden cerebrovascular death during follow-up.

Calciphylaxis, also known as calcific uremic arteriolopathy, occurs most commonly in patients with end-stage renal disease (ESRD) requiring dialysis, but it also is associated with primary hyperparathyroidism, malignancy, and connective tissue disorders, the researchers pointed out. The condition is characterized by vascular calcification, thrombosis, and inflammation.

“Our findings added to a growing body of evidence that supports the avoidance of VKA treatment in patients with ESRD,” the authors concluded in a paper published in Nephron (2015;129:197-201). “Where calciphylaxis does occur, VKAs should be withdrawn.”

Dr. Hiemstra and his colleagues noted that patients with ESRD often require systemic anticoagulation for atrial fibrillation or recurrent venous thrombo-embolism, and some clinicians continue to use warfarin for maintenance of vascular access patency. “Our data demonstrated that, where continued anticoagulation is required, the use of newer anticoagulants such as dabigatran in conjunction with STS, cinacalcet, avoidance of oral calcium intake, and definitive treatment of resistant hyperparathyroidism can result in resolution of cutaneous lesions,” they wrote. 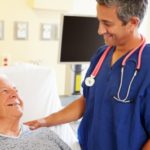