The optimal time to perform predialysis arteriovenous fistula (AVF) surgery has been unclear, but researchers say they have identified 3 factors in addition to estimated glomerular filtration rate that can improve predictions of hemodialysis (HD) initiation.

The combined use of all 4 variables more accurately predicted future HD initiation than the use of eGFR alone, Michael Allon, MD, of the University of Alabama at Birmingham, and colleagues concluded in the Clinical Journal of the American Society of Nephrology.

The research may have important clinical implications. “If our observations can be validated in a multicenter study, they may form the basis of an enhanced tool to optimize the timing of AVF creation in patients predialysis,” Dr Allon and colleagues stated.

In an accompanying editorial, Kevan R. Polkinghorne, MBChB, PhD, and Charmaine E. Lok, MD, suggested the factors possibly overlap or interact, such as eGFR trajectory. “This may be related to the degree of kidney damage reflected by the presence of albuminuria or proteinuria,” they wrote, adding that the presence of albuminuria has been shown to be related to CKD progression.

For the retrospective study, Dr Allon and colleagues examined pre-operative demographic and clinical factors of 308 patients participating in the university’s program, all of whom underwent AVF surgery. The researchers determined patients’ likelihood of starting HD within 2 years.

Patients experienced various degrees of renal function decline that did not depend on the severity of disease. For example, of 145 patients with stage 5 chronic kidney disease at AVF creation, 19% did not start HD within 2 years. Although an eGFR of 15 to 20 mL/min/1.73m2 appeared relevant based on other research, a model using eGFR alone proved only somewhat predictive.

Importantly, only 47% of patients who initiated HD began with a functioning permanent vascular access. The remainder needed a central venous catheter.

According to the editorialists, this finding highlights “the ongoing difficulties in decision making between creating an AVF in a patient who may never commence dialysis and doing it too late with the need to commence hemodialysis with a central venous catheter.” 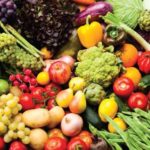