Among patients with chronic kidney disease (CKD), men are more likely than women to start dialysis, a sex-related difference not explained by CKD progression alone, according to a recent study.

“Although the causal mechanisms are uncertain, this finding helps interpret the preponderance of men in the dialysis population,” Manfred Hecking, MD, PhD, of the Medical University of Vienna in Austria, and colleagues concluded in a paper published in Kidney International Reports.

Dr Hecking and colleagues studied 8237 patients (4811 men and 3426 women) with CKD stages 3-5 participating in the Chronic Kidney Disease Outcomes and Practice Patterns Study (CKDopps). The patients were from the United States, Brazil, France, and Germany.

During a median follow-up duration of 2.57 years, 23% of the men initiated kidney replacement therapy (KRT) compared with 18% of women. Men had a significant 50% increased likelihood of starting dialysis compared with women, after adjusting for age, Black race, diabetes, cardiovascular disease, albuminuria, and estimated glomerular filtration rate (eGFR) slope during the first 12 months after study enrollment and the first eGFR value after enrollment. After adjusting for all of these variables, the investigators found no significant difference between the sexes in the likelihood of kidney transplantation or death prior to KRT.

Dr Hecking’s team stressed that they were unable to identify factors explaining why men and women differed in their likelihood of starting KRT, “as all the available variables adjusted for in the analysis did not explain this difference.”

They added, “Awareness that treatment of women may differ from the treatment of men is important for the nephrological community and should be openly discussed and further investigated.” 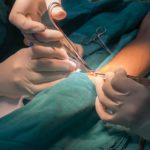