In the prospective, multicenter Hemodialysis Fistula Maturation cohort study, AVF maturation rates among 380 patients with kidney failure were 29%, 67%, and 76% at 3, 6, and 12 months, respectively. Among 535 patients with nondialysis chronic kidney disease (CKD), AVF maturation rates were expectedly lower at 10%, 38%, and 58% at the respective time points. Median time to maturation was 105 days for the kidney failure group and 170 days for the CKD group. Sixty-four percent of all AVFs were created in the upper arm, most commonly using the brachial/ulnar/radial-cephalic configuration.

The functional patency for all of the AVFs that matured at 1 year was 87% and at 2 years, 75%, Dr Huber’s team reported. Patency rates were not affected by intervention.

The investigators found that 47.5% of the AVFs that matured required further intervention to maintain patency or treat complications. The top reasons for intervention were AVF stenosis (38.6%), central vein stenosis (14.6%), and thrombosis (13.4%). More than half of patients in both groups required hospitalization. Overall survival rates for the kidney failure and CKD groups were 92% vs 84% at 12 months, 74% vs 97% at 24 months, and 85% vs 76% at 36 months, respectively.

“The AVF functional patency following maturation was reasonable, with a 2-year rate of 75%, but almost half of the study participants underwent some type of intervention to maintain use,” Dr Huber’s team concluded. “The associated participant morbidity in terms of [tunneled dialysis catheter] use, inpatient hospitalizations, and mortality was substantial.” 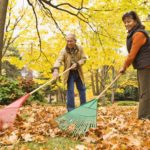