Incremental and conventional hemodialysis (HD) regimens are associated with similar mortality risks among patients initiating HD with low or moderate comorbid disease, according to a study. Compared with conventional HD, however, more frequent HD confers a higher mortality risk.

The mortality rates for the incremental and conventional HD groups were similar: 17.6 and 17.8 per 100 patient-years, respectively, a team led by Kamyar Kalantar-Zadeh, MD, PhD, of the University of California Irvine, reported online ahead of print in Kidney International. After adjustment for residual kidney function (RKF), the investigators found no significant difference in all-cause mortality risk.

Dr Kalantar-Zadeh and his colleagues found no significant difference in all-cause mortality between incremental and conventional HD by age, sex, race, central venous catheter use, or diabetes status. In the incremental HD group, however, patients with a Charlson Comorbidity Index (CCI) of 5 or higher had a 77% increased risk of all-cause mortality than those with a CCI of 2 (renal disease only).

The investigators pointed out that an incremental approach to HD initiation may offer potential benefits to patients, such as better preservation of an arteriovenous fistula, decreased cost, and preservation of RKF. “Preservation of RKF may play a key role in the potential association of less frequent HD and survival,” they wrote. “This may be of particular importance among incident HD patients because many patients have substantial RKF when transitioning to end-stage renal disease.”

The current study is consistent with previous research showing that twice-weekly HD is associated with better RKF preservation compared with thrice-weekly HD.

The authors acknowledged potential study limitations. For example, due to data limitations, they adjusted only for baseline characteristics. Adverse events such as cardiovascular events, changes in dialysis access, and infections during the course of follow-up also could influence dialysis frequency, they explained. In addition, compared with the other groups, the frequent HD group exhibited large differences in some characteristics, such as a history of fluid overload, weekly percentage of interdialytic weight gain, and renal urea clearance. “Hence, there may be residual confounding by indication in the mortality risk of incremental and frequent HD,” the investigators noted. 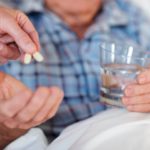