Surrogate markers of higher visceral protein and muscle mass—serum creatinine and albumin levels—are associated with lower mortality among patients undergoing twice-weekly or thrice-weekly hemodialysis (HD), according to a new study.

“Our findings present an important observation regarding the role of concurrent serum creatinine and albumin when comparing mortality risk between twice-weekly versus thrice-weekly hemodialysis patients,” the investigators wrote.

Although their use of a large contemporary nationally representative incidence dialysis population was a study strength, the investigators acknowledged that they were unable to obtain sufficient data related to residual kidney function and they did not have comprehensive data that might affect HD patient outcomes, such as dialysis access type, ultrafiltration rate, and hospitalizations.

The study population had a mean age of 70 years; 48% of patients were women and 55% had diabetes mellitus. Patients with higher concurrent levels of serum creatinine and albumin tended to be younger and male, and had higher body weight, estimated lean body mass, body mass index, and serum levels of phosphorus and parathyroid hormone. 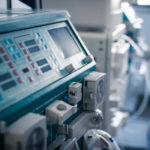 Incremental Hemodialysis Does Not Compromise Survival