Frailty as ascertained by geriatric assessment (GA) at dialysis initiation is associated with increased mortality among elderly patients, a new study suggests.

Patients underwent a GA consisting of assessments of functional and cognitive impairment, mood, nutrition, and comorbidities as well as a frailty screening using the Fried Frailty Index (FFI).

By GA, 48% of patients had 3 or more geriatric impairments, meeting the study definition of frailty, the investigators reported in Nephron. FFI screening found that 46% of patients were frail.

The 12-month mortality risk was nearly 3-fold higher among patients with 3 or more impairments in adjusted analyses compared with less impaired patients, according to Dr van Loon’s team. Patients deemed frail based on FFI findings had a 7.2-fold increased risk of 12-month mortality and 1.9-fold increased odds of 12-month hospitalization, respectively, compared with fit patients.

The authors said that as far as they are aware, the relationship between frailty based on a GA and mortality has not been established previously in elderly dialysis patients.

“This prospective analysis of the GOLD study shows that frailty at the time of dialysis initiation demonstrates a good prognostic value for poor outcome in the elderly, both the cumulative deficits model of frailty, measured with a GA, and the physical frailty model, measured with the FFI,” the authors concluded.

Dr van Loon and his collaborators pointed out that the main disadvantage of a GA is that it is time consuming. “Besides, the experience with a GA in nephrology care is sparse so far and it is unclear how, when in the illness trajectory, and how frequently it should be used.” In contrast, the FFI is an easy-to-apply screening instrument in clinical practice, the investigators stated. “The most elaborate aspects are measuring handgrip strength and walking speed, which can be performed within a few minutes if the right tools are available.”

Regarding study limitations, the authors noted that their study population was a selected cohort in which the decision to initiate dialysis had already been made. “Thus the results cannot directly be extrapolated to the predialysis population.” In addition, study participants were mainly Caucasian patients with a relatively low rate of diabetes, so their findings may not be fully generalizable to all elderly incident dialysis patients. 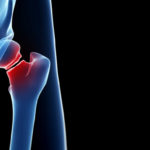 PPI Use in the Hemodialysis Population Hikes Bone Fracture Risk