(HealthDay News) — For patients receiving in-center hemodialysis, exposure to fine particulate matter (PM2.5) from wildfire is associated with all-cause mortality, according to a study published online in the Journal of the American Society of Nephrology.

Yuzhi Xi, from the US Environmental Protection Agency in Research Triangle Park, North Carolina, and colleagues conducted a retrospective time-series analysis of the association between daily exposure to wildfire PM2.5 and mortality in 253 counties near a major wildfire between 2008 and 2012. Rate ratios (RRs) for all-cause mortality were estimated on the day of exposure and up to 30 days following exposure.

The researchers identified 48,454 deaths matched to the 253 counties. A 10 µg/m³ increase in wildfire PM2.5 was associated with an increase in all-cause mortality on the same day and with a 30-day cumulative increase (RR, 1.04 and 1.07, respectively). For deaths occurring in nonclinical settings, risk was elevated (RR, 1.07), indicating modification of exposure by place of death. Deaths not attributed to cardiac, vascular, or infectious causes accounted for the largest portion of deaths and had a strong same-day effect (RR, 1.08) and cumulative effect over 30 days. Exposure accounted for 8.4% of mortality on days with a wildfire PM2.5 contribution greater than 10 µg/m³.

“The findings support the need for more research to develop and implement interventions to manage exposure to particulate matter during wildfire smoke episodes in this and other populations with a high prevalence of frailty,” the authors write.

One author disclosed ties to UpToDate. 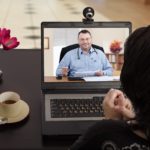