In a prospective study of 72 HD patients, investigators at The Catholic University of Korea in Seoul led by Young Kyun Kim, MD, found that a higher EPO resistance index (ERI) is significantly associated with greater left ventricular mass index (LVMI), decreased left ventricular ejection fraction (LVEF), and and an increased risk of cardiovascular (CV) events. Dr. Kim’s group defined ERI as the weekly weight-adjusted dose of EPO (U/kg/week) divided by hemoglobin concentration (g/dL). They assigned subjects to one of three groups according to ERI tertiles.

Patients in the second and third tertiles had a mean LVMI of 50.4 and 48.7 g/m2.7, respectively, compared with 40.9 g/m2.7 for those in the first tertile, the researchers reported in Hemodialysis International (online ahead of print). The LVEF for those in the second and third tertiles was 63.0% and 60.8%, respectively, compared with 65.8% among patients in the first tertile. Additionally, during a median follow-up period of 53 months, 29 patients (40.3%) had CV events (sudden cardiac death, acute myocardial infarction, stroke, and pulmonary edema). Compared with patients in the first ERI tertile, those in the third tertile had a significant threefold increased risk of cardiovascular events, after adjusting for age, gender, body mass index, and diabetes status. The risk was not increased significantly for patients in the second tertile. ERI was not significantly associated with all-cause or CV mortality. 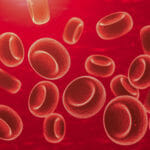 Risk for GI Bleed Increased With Hemodialysis Versus Peritoneal Dialysis