Cancer mortality rates are higher among the dialysis population than the general population, a new Australian study finds.

The risk for cancer mortality in the dialysis population was 2.4-fold higher than expected in the general population, Brenda M. Rosales, MPH, PhD, of The University of Sydney, Sydney, New South Wales and colleagues reported in the American Journal of Kidney Diseases. By cancer site, the excess death risk among patients on dialysis was 24-, 22-, 17-, and 14-fold higher among those with oral and pharynx cancers, multiple myeloma, lymphoma, and kidney cancer, respectively.

Excess deaths have significantly declined over the last 40 years for cancer overall, multiple myeloma, and kidney cancers, but more so in the general than dialysis population, the investigators reported. Among patients on dialysis, excess deaths significantly increased for colorectal and lung cancers.

The investigators noted that patients on dialysis often have multiple comorbidities and increased frailty at younger ages. Whether clinicians are delivering optimal cancer therapies to these patients is an open question.

“Understanding the role of kidney failure and other multimorbidity in the prevention and treatment of cancer is critically important for shared decision making and the redress [of] any inequities in outcomes,” according to Dr Rosales’ team. 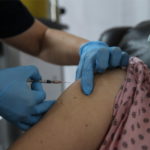 Vaccination Cuts Risk of Severe COVID-19 in Patients on Dialysis