Patients with end-stage renal disease (ESRD) receiving hemodialysis have an added burden: high rates of cancer, according to a new study.

Anne M. Butler, PhD, and colleagues from the University of North Carolina at Chapel Hill calculated cancer incidence rates for almost a half million adults in Medicare’s ESRD program who received dialysis therapy between 1996 and 2009.

According to results published online ahead of print in the American Journal of Kidney Diseases, the investigators observed a constant rate of cancers in patients, from 3,923 to 3,860 cases per 100,000 persons per year. Over 13 years, the rate of kidney cancer rose, while the rates of other cancers, such as colon and lung, declined.

“These results suggest that patients with ESRD are uniquely at risk for developing cancer while receiving hemodialysis treatment,” the researchers stated.

The investigators suggest several possible explanations for the higher cancer rates among dialysis patients, including ESRD-associated immunodeficiency and nutritional abnormalities. In addition, uremic and dialysis-induced immune dysfunction may interact with cancer risk factors such as tobacco. 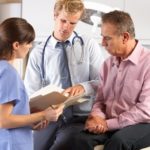