Higher percentages of fat tissue are associated with a better response to erythropoiesis-stimulating agents (ESAs) in hemodialysis (HD) patients, according to a recent study.

Although the data show an association between fat tissue and ESA response, the researchers acknowledged that they cannot offer a causal explanation.  They suggest, however, an association between the hydration state and fat tissue. “As fat tissue presents a lower percentage of water, it is possible that a decreased distribution volume of hemoglobin in patients with a higher percentage of fat may influence ESA response,” they wrote.

Alternatively, fat tissue may autonomously modulate ESA response via autocrine regulation, the researchers stated. They noted that leptin, which occurs at higher levels in overweight patients, has been shown to stimulate erythropoiesis. 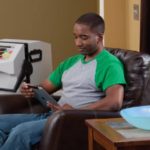