Azithromycin use may increase the risk for sudden cardiac death in patients receiving in-center hemodialysis, a new study confirms.

The rate of sudden cardiac death in the hemodialysis population is more than 20 times higher than that in the general population, Jennifer E. Flythe, MD, MPH, of the University of North Carolina Kidney Center at Chapel Hill and colleagues noted in a report in Kidney International. Structural heart disease, conduction abnormalities, and electrolyte derangements are common among patients on hemodialysis, they pointed out, and may amplify the proarrhythmic effects of QT-prolonging medications frequently prescribed to patients on hemodialysis.

“When selecting among azithromycin, levofloxacin, and amoxicillin-based antibiotics, clinicians should weigh the relative antimicrobial benefits of these drugs against their potential cardiac risks,” according to Dr Flythe’s team. They recommended electrocardiographic monitoring before and during therapy when prescribing QT-prolonging medications of any therapeutic class to this population.

Disclosure: This research was supported by Fresenius Medical Care, North America. Please see the original reference for a full list of disclosures. 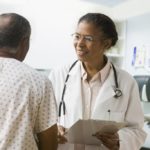