The plan includes initiatives to increase living and deceased kidney donation and earlier detection and care of chronic kidney disease (CKD), and provide incentives to encourage greater use of home dialysis and develop novel treatments such as an artificial kidney.

“It’s long overdue,” said Holly Kramer, MD, president of the New York-based National Kidney Foundation. “We are extremely excited that people are now taking note of the fact that kidney disease is an incredibly important chronic disease that doesn’t have enough research funding [and] that doesn’t have a good payment model.”

“It is almost mind-bogglingly good in terms of both the awareness of kidney disease but also the potential for our patients,” said Mark E. Rosenberg, MD, president of the American Society of Nephrology, which has its headquarters in Washington, DC. “It’s taken a long time … to get recognized as an important disease.”

He added: “I think what just happened today is historical.”

Dr Rosenberg, who has been a nephrologist for 35 years, said the last time he can recall a president discussing policy regarding kidney disease was in 1972, when Richard Nixon signed legislation that expanded Medicare to cover end-stage renal disease.

The executive order noted that “the state of care for patients with chronic kidney disease and end-stage renal disease (ESRD) is unacceptable: too many at-risk patients progress to late-stage kidney failure; the mortality rate is too high; current treatment options are expensive and do not produce an acceptable quality of life; and there are not enough kidneys donated to meet the current demand for transplants.”

Home dialysis accounts for only 10% of patients on dialysis in the United States, a much lower proportion than in other countries, Dr Kramer said. Educating patients about home dialysis as a treatment option takes time, effort, and money, and the current financial structure offers little incentive to provide such patient counseling, she said. A kidney transplant is the optimal treatment for kidney failure, she said, but of the nearly 100,000 patients waiting for a kidney transplant, only about 20% will ever get one.

Among other provisions of the executive order, the Secretary of Health and Human Services is instructed “to announce that the department will consider requests for premarket approval of wearable or implant artificial kidneys in order to encourage their development and to enhance cooperation between developers and the Food and Drug Administration.” 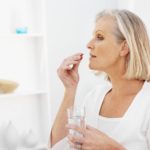