Black patients on dialysis are less likely than their white counterparts to under percutaneous coronary intervention (PCI), according to a new study.

The racial disparity emerged in a study of Medicare inpatient claims for PCI in a cohort of 268,575 patients with Medicare as the primary payer and who initiated maintenance dialysis from January 1, 2009 through June 1, 2013. A team led by Robert Nee, MD, of Walter Reed National Military Medical Center in Bethesda, Maryland, found that blacks had a significant 36% decreased likelihood of undergoing PCI compared with whites after adjusting for demographic, clinical, and socioeconomic factors.

“A racial gap exists in the receipt of percutaneous coronary intervention among dialysis patients despite having comprehensive coverage with Medicare insurance, highlighting the crucial need for effective implementation of local and national strategies to promote racial equity in cardiovascular health,” Dr Nee and his colleagues wrote in the Journal of the American Heart Association. 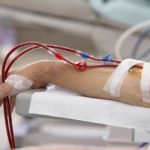