One in 12 chronic kidney disease (CKD) patients experience a rapid decline in estimated glomerular filtration rate (eGFR) during the 3 months prior to hemodialysis (HD) initiation, and this decline is associated with an increased risk of early death.

“Our study has important clinical and public health implications,” Raymond K. Hsu, MD, MAS, of the University of California, San Francisco, and colleagues wrote in the American Journal of Kidney Diseases. “If treating nephrologists are able to identify 1 or more predialysis eGFR values > 30 mL/min/1.73 m2 prior to the 3 months before hemodialysis therapy initiation and recognize this pattern of abrupt decline, they may be able to infer a higher risk for early death for individual patients.” Such information would allow clinicians to increase the frequency of patient visits and guide care discussions.

For the study, Dr. Hsu and colleagues followed 661 men and women with mild to moderate CKD from the Chronic Renal Insufficiency Cohort (CRIC) during the critical time period prior to HD initiation and a year or more afterwards. Results showed that 56 patients, or 1 in 12, had an abrupt predialysis decline in kidney function and 69 died within 1 year of starting HD.

Rapid kidney function loss in the 3 months prior to HD was associated with a 3-fold higher risk for all-cause mortality within the first year of end stage renal disease (ESRD). The investigators adjusted for important demographic factors, cardiovascular disease, diabetes, and cancer. Proteinuria and other key clinical parameters did not differ between patients with and without abrupt decline.

The results are consistent with previous studies that have found a significant minority of patients experience an abrupt transition to HD-dependent ESRD. For example, a study of veterans published by O’Hare et al in the same journal (2012;59:513-522) found that patients with the most rapid decline of kidney function before ESRD had a 2.34-fold increased risk of death within 6 months of HD.

Dr. Hsu and colleagues believe that abrupt decline close to HD initiation matters more than eGFR slope. As for possible reasons for death soon after HD transition, they suggest patients may be less prepared for renal replacement therapy and more likely to rely on dialysis catheters.

The researchers acknowledged certain study limitations, such as use of yearly eGFR to predict eGFR at or above 30 mL/min/1.73 m2 at the 3-month mark prior to HD. They also lacked data to identify the causes of abrupt transition, including whether HD initiation was due to emergency. Further investigation is needed to better understand the causes of abrupt transition to HD and to plan interventions that may slow or prevent decline and improve survival. 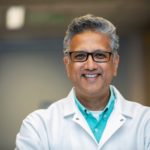