(HealthDay News) — Pancreas size and shape can be restored with remission of type 2 diabetes, according to a study presented at the annual meeting of the European Association for the Study of Diabetes, held virtually from Sept. 21 to 25.

Roy Taylor, MB, ChB, MD, from Newcastle University in the United Kingdom, and colleagues studied 64 participants in the Diabetes Remission Clinical Trial and compared them to 64 matched controls without diabetes over 2 years. Responders were classified as participants who achieved hemoglobin A1c <6.5% and fasting blood glucose <7.0 mmol/L when off all antidiabetes medications. Pancreas volume, intrapancreatic fat content, and pancreas border irregularity were quantified.

The researchers found that pancreas volume was 63.8 ± 1.8 vs 79.8 ± 2.9 cm³ at baseline in participants with diabetes versus controls. Irrespective of remission, there was no change seen in pancreas volume from baseline at 5 months after weight loss. At 24 months, responders had an increase in volume compared with nonresponders (12.6 ± 1.5 vs 4.5 ± 1.3 cm³). Compared with controls without diabetes, those with diabetes had more irregular pancreas borders at baseline; in responders, these borders normalized at 24 months. Compared with nonresponders, responders lost more intrapancreatic fat (1.56 ± 0.3 vs 0.51 ± 0.4%).

“Our findings provide proof of the link between the main tissue of the pancreas which makes digestive juices and the much smaller tissue which makes insulin, and open up possibilities of being able to predict future onset of type 2 diabetes by scanning the pancreas,” Taylor said in a statement.

One author disclosed financial ties to the pharmaceutical and health care industries. 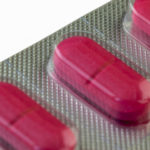