(HealthDay News) — Overall, 16.5% of insulin users report insulin rationing in the past year, according to a research letter published online in the Annals of Internal Medicine.

Adam Gaffney, MD, MPH, from Harvard Medical School in Cambridge, Massachusetts, and colleagues examined the prevalence and correlates of insulin rationing using data from the 2021 National Health Interview Survey. The prevalence of rationing was estimated by diabetes type and according to 7 sociodemographic characteristics.

The sample included 982 insulin users with diabetes. The researchers found that 16.5% of insulin users rationed insulin in the past year, corresponding to 1.3 million adults with diabetes nationwide. Delaying purchase was the most common form of rationing (14.2%). Taking less than needed was most common among those with type 1 diabetes (16.5%) and less common among those with type 2 diabetes (9.5%). Variation in insulin rationing was seen among subgroups; for example, 11.2 and 20.4% of those aged 65 years and older and younger persons rationed insulin, respectively, and rationing was reported by 10.8, 19.8, and 14.6% of higher-income, middle-income, and low-income persons, respectively. In both unadjusted and adjusted analyses, insulin rationing was associated with feeling overwhelmed with the demands of living with diabetes (prevalence ratios, 1.55 and 1.48, respectively).

“Although rationing was most frequent among the uninsured, it was also common among adults with private coverage, which often requires higher cost sharing than public insurance,” the authors write. 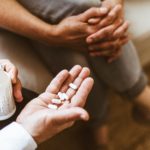