(HealthDay News) — Breakfast consumption influences glucose regulation throughout the day in patients with diabetes, according to a small study published in Diabetes Care.

Daniela Jakubowicz, M.D., from Tel Aviv University in Israel, and colleagues conducted a crossover study in which 22 patients with diabetes (mean age, 56.9 years; body mass index, 28.2 kg/m²; and glycated hemoglobin, 7.7%) were randomly assigned to two test days: one day with breakfast, lunch, and dinner (YesB) and another with lunch and dinner but no breakfast (NoB).

“Breakfast consumption could be a successful strategy for reduction of postprandial hyperglycemia in type 2 diabetes,” the authors write. 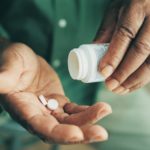