Therapy with the sodium-glucose cotransporter-2 (SGLT2) inhibitor ertugliflozin lowers the risk for major adverse cardiovascular events (MACE) and hospitalization for heart failure (HHF), compared with dapagliflozin, which only decreases HHF risk, and canagliflozin, which only decreases the risk for all-cause mortality, according to study results presented at AHA 2021, held from November 13 to 15, 2021.

No other comparisons between SGLT2 inhibitors and placebos reached statistical significance. Investigators used intergroup analyses across types of SGLT2 inhibitors to discover there were no significant differences in all-cause mortality, HHF, or MACE.

Study investigators concluded, “In addition to guideline-directed medical therapy, ertugliflozin lowers the risk [for] HHF and MACE, whereas dapagliflozin and canagliflozin decrease HHF only, and all-cause mortality only, respectively.” 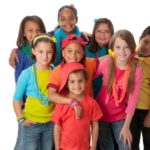