Moderate alcohol intake is associated with a reduced risk of type 2 diabetes mellitus independent of differences in diet between drinkers and abstainers, according to study findings published in the American Journal of Epidemiology (2009; published online ahead of print).

Previous research has linked alcohol consumption with a reduced risk of type 2 diabetes, but it has been unclear whether this inverse association is fully attributable to alcohol use because of potential confounding by many dietary factors that differ between alcohol consumers and abstainers.

After adjusting for dietary patterns, however, the researchers found that the risk was reduced by 67%. 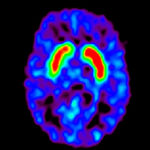