A new study finds that 79% of patients have VC and in 47% it is prominent. In particular, VC occurring in the medial portion of muscular arteries was associated with twice the risk of all-cause mortality and 3.5 times the risk of cardiovascular mortality. VC did not predict CKD progression.

“Our data suggest that the presence of VC assessed by radiographs of the hand and pelvis is an independent and robust predictor of all-cause and cardiovascular mortality and the period of hospitalization in patients with non-dialysis CKD, supporting the KDIGO [Kidney Disease Improving Global Outcomes] guidelines on the use of simple radiology for screening VC in patients with CKD,” researchers led by José L. Górriz, MD, of Hospital Universitario Dr. Peret in Valencia, Spain, wrote in a paper published online ahead of print in the Clinical Journal of the American Society of Nephrology.

The association between VC and the risk of morbidity and mortality is a common finding in patients on dialysis, the researchers noted. Their data showed that this association begins at earlier stages of CKD, they stated.

Only an Adragao score 3 or greater was independently associated with all-cause and cardiovascular mortality as well as shorter hospitalization-free periods. The Adragao score reflects VC in muscular arteries, which are more susceptible to calcification of the media. (Kauppila score by comparison identifies calcification of the intima in elastic arteries, which appears to be partly age-related.)

In an editorial accompanying the new study, Wei Chen, MD, and Michel L. Melamed, MD, of Albert Einstein College of Medicine in Bronx, N.Y., noted that the study “importantly shows that VC starts earlier in the course of CKD, which suggests that it may be potentially modifiable long before the initiation of dialysis.”

Cardiovascular mortality is unacceptably high in CKD patients, and VC likely plays a large role either as the cause or as the marker of this mortality, they stated.

“The results suggest that medial calcification may have a greater prognostic power and may be a useful index to identify patients with CKD who are at higher risk of death and hospitalizations,” the editorialists stated.

“The findings also support the search for possible modifiable factors in the pathogenesis of VC including the role of serum phosphate, phosphate binders, vitamin D, and other CKD-mineral and bone disorder markers that were not fully evaluated in the study,” Drs. Chen and Melamed wrote. 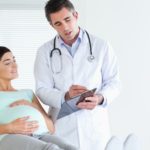