Chronic Kidney Disease (CKD) mortality in El Salvador and Nicaragua is 4 times higher than anywhere else in the world. Studies have shown male agricultural workers, such as sugar cane harvesters, suffer and die from CKD at relatively early ages. Now a pioneering study of CKD in Salvadoran women further describes risk factors associated with the health crisis.

“Our research tends to support the hypothesis emerging from other studies, that the most plausible cause is a multifactorial one where an existing environmental and occupational nephrotoxic exposure is compounded by agrochemicals and heavy metal contamination which may constitute the trigger event,” stated Carlos M. Orantes Navarro, MD, of the Ministry of Health in San Salvador, and colleagues.

For the study, the investigators assessed CKD and its risk factors in 1,412 women from 1,306 families in 3 disadvantaged agricultural communities in El Salvador. Only 15% of the women were agricultural workers themselves.

According to results published online by Clinical Nephrology, CKD developed in 14% of women. About 9% had diabetes, 23% hypertension, 21% obesity, and 31% central obesity. Many women also had strong family histories of CKD, diabetes, and/or hypertension, ranging from 16 to 32%.

Remarkably, 6.6% of women had CKD as a result of non-traditional causes. “In our study, the low frequency of urinary renal damage markers may suggest the possibility of primary tubulointerstitial damage rather than primary glomerular damage,” according to the researchers.

About a third of women, for example, had contact with agricultural chemicals, including non-occupational exposure by inhalation, ingestion, or skin contact. Investigators identified 11 different chemicals, some pesticides, which are more prevalent in the region compared with other parts of the world. In addition, 84% of women took NSAIDs and 52% used medicinal plant products.

Future research may reveal and clarify the characteristics of CKD in this region, which too often proves a life-threatening problem. 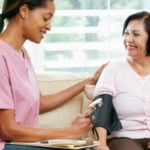