Among patients with chronic kidney disease (CKD) undergoing percutaneous coronary intervention (PCI), a transradial approach may be associated with lower risks of in-hospital mortality, post-procedural bleeding, and blood transfusion compared with transfemoral access, according to authors of a meta-analysis published in The American Journal of Cardiology.

Researchers performed the meta-analysis to evaluate the safety and efficacy of transradial vs transfemoral access in patients with CKD undergoing PCI, inclusive of patients with an estimated glomerular filtration rate (eGFR) <30 mL/min/1.73 m2 or with end-stage renal disease (ESRD) with or without dialysis.

A literature search from January 2000 to January 2021 was conducted and 356 publications were identified. After evaluation and exclusion criteria were applied, 5 observational studies with 1156 transradial and 6156 transfemoral patients were included in the meta-analysis. Mean patient age was 70.5 years; 66% were men and 90% had ESRD.

All 5 studies reported patient mortality. Among patients with CKD, transradial PCI access was associated with lower all-cause mortality (risk ratio [RR], 0.48; 95% CI, 0.32-0.73), with no heterogeneity noted. Absolute risk reduction was 1.7% and the number needed to treat with transradial access to prevent 1 death was 57.

All 5 studies reported major bleeding. Transradial access was associated with a lower risk of major bleeding than transfemoral access (RR, 0.51; 95% CI, 0.36-0.73). The rate of blood transfusion was also reported in all 5 studies; this rate was significantly lower with transradial vs transfemoral access (RR, 0.53; 95% CI, 0.42-0.68). No heterogeneity was noted.

Two studies reported on contrast volume and 2 studies reported on fluoroscopy time. The use of contrast volume was significantly lower in the transradial vs transfemoral group (standardized mean difference [SMD], −0.34; 95% CI, −0.60 to −0.08), with moderate heterogeneity noted. There was no between-group difference in fluoroscopy time (SMD, 0.04; 95% CI, −0.22 to 0.29), with no heterogeneity noted.

Study limitations include the small number of available studies, the fact that all studies were observational, and potential confounders related to the operator-dependent nature of access site choice.

“In…this meta-analysis including patients with CKD undergoing PCI, [a transradial] approach was associated with a lower risk of in-hospital mortality, post-procedural bleeding, and blood transfusion compared with [transfemoral] access,” the researchers concluded. “Randomized clinical trials are needed to confirm our findings in this high-risk patient population.” 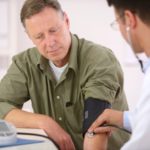