The risk of hypoglycemia is 5 times higher for diabetes patients with stage 4 or 5 chronic kidney disease (CKD) who currently use a sulphonylurea versus metformin, a new study finds.

“Sulphonylurea treatment in patients with a renal function of less than 30 mL/min/1.73 m2 should be considered with caution,” Frank de Vries, PharmD, PhD, of Maastricht University Medical Centre in the Netherlands, and colleagues concluded in BMJ.

As previous studies yielded conflicting results, the investigators focused on risks associated with current use of a sulphonylurea only compared with metformin only. Employing the Clinical Practice Research Datalink (CPRD) database, 2004 to 2012, which represents 7% of the general population in the United Kingdom, the researchers identified 120 803 new users of a non-insulin antidiabetic drug. Patients with a prior hypoglycemic episode were excluded.

With regard to type of sulfonylurea, current users of glibenclamide had 7.5 times the risk of hypoglycemia than metformin. Gliclazide, the sulphonylurea of choice in many countries, was associated with similar hazards as glimepiride, glipizide, and tolbutamide. “Our study does not confirm current guidelines that suggest the superiority of gliclazide to other sulphonylureas in reducing the risk of hypoglycaemia,” Dr de Vries and colleagues highlighted. They urged additional research to better understand the result.

The investigators also examined the potential influence of metabolites, as they can accumulate as renal function declines. Users of sulphonylureas with active versus inactive metabolites did not experience substantially more hypoglycemic episodes. They suggested that the number of hypoglycemic events among the active metabolite group may have been too few to detect a difference. 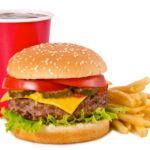