Patients with chronic kidney disease (CKD) who later develop atrial fibrillation (AFib) have greater risks for stroke and death than patients who do not develop the arrhythmia, a new study finds.

Of 116,184 Swedish adults with an estimated glomerular filtration rate (eGFR) less than 60 mL/min/1.73m2 not on dialysis, 12% developed AFib during a mean 4 years, Karolina Szummer, MD, of Karolinska University Hospital in Stockholm and colleagues reported. AFib was more prevalent in patients with eGFR less than 30 mL/min/1.73m2 than eGFR 45 to 60 mL/min/1.73m2: 46.3 vs 29.4 atrial fibrillations per 1000 person-years.

Having AFib was associated with a 2-fold and 1.8-fold increased risk of stroke and death, respectively, among CKD patients, according to findings published online in the Clinical Journal of the American Society of Nephrology. The driving factors were ischemic stroke and intracranial bleeds. AFib patients had 2.1 and 1.6 times greater risk of these conditions, respectively.

Stroke risk stayed the same, even as eGFR declined. Although the association between AFib and stroke diminished after accounting for death as a competing risk, it was still 1.5 times higher than expected.

“There is currently uncertainty as to whether to treat and how to treat atrial fibrillation in patients with CKD, and this study serves to increase awareness of the severity of this condition and the need to provide stroke prevention treatment for these patients,” Dr Szummer’s team stated. 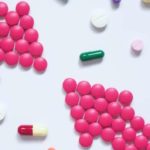