Statins are underused by patients with chronic kidney disease (CKD), according to a new study.

An analysis of data from the National Health and Nutrition Examination Surveys (NHANES) from 1999–2002 through 2011–2014 showed that although statins were recommended to more than 65% of adults with CKD based on the American College of Cardiology/American Heart Association (ACC/AHA) 2013 cholesterol guideline, only 35.7% of adults with CKD were taking a statin in 2011–2014, a team led by Paul Muntner, PhD, of the University of Alabama at Birmingham, reported in the Journal of the American Heart Association.

The 2013 guideline did not include CKD as a statin benefit group, the investigators pointed out. The 2018 ACC/AHA guideline, however, considers CKD a risk-enhancing factor for the primary prevention of atherosclerotic cardiovascular disease (ASCVD) and recommends statins for adults with CKD who are not on dialysis who have low-density-lipoprotein levels of 70 mg/dL or higher and a 10-year ASCVD risk of 7.5% or higher. Implementation of this guideline, they noted, “may increase the appropriate use of statins in this high-risk population.”

NHANES includes a nationally representative sample of the non-institutionalized civilian US population. For their analysis, Dr Muntner and his collaborators included 38,336 participants aged 20 years and older. The group included 7153 individuals with CKD and 31,183 without CKD. The researchers defined CKD as an estimated glomerular filtration rate below 60 mL/min/1.73 m2.

Among those with and without CKD, statin use increased in each CVD risk group except for adults who had CKD and a 10-year predicted ASCVD risk less than 7.5%, according to the investigators.

On multivariable analysis, individuals with CKD were not more likely to be taking statins compared with those who did not have CKD.

Statin use was significantly lower among individuals with CKD in the absence of diabetes mellitus compared with those who had diabetes mellitus but not CKD. “This difference highlights the importance of recognizing the high CVD risk in patients with CKD and potential benefits of increased statin utilization,” the investigators wrote.

From the February 01, 2019 Issue of Renal and Urology News 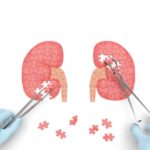