Treatment with a dual pathway antithrombotic regimen of rivaroxaban and aspirin, compared with aspirin alone, improves cardiovascular outcomes with no excess risk of major bleeding in patients with vascular disease and moderate renal dysfunction, according to a recent study.

The finding is from a secondary analysis of the COMPASS (Cardiovascular OutcoMes for People using Anticoagulation StrategieS) trial, which involved 27,395 patients with chronic coronary or peripheral artery disease. Of these patients, 6276 had renal dysfunction, defined as an estimated glomerular filtration rate (eGFR) below 60 mL/min/1.73 m2. For the study, investigators randomly assigned patients to receive rivaroxaban 2.5 mg twice daily plus aspirin or aspirin alone.

The primary outcome (cardiovascular death, myocardial infarction, or stroke) and major bleeding occurred more frequently in patients with vs without renal dysfunction. The primary outcome, however, was consistently decreased with rivaroxaban 2.5 mg twice daily plus aspirin regardless of eGFR category, Keith A.A. Fox, MBChB, the University of Edinburgh in the United Kingdom, and colleagues reported in the Journal of the American College of Cardiology.

“The clinical interpretation of these findings is that the benefits of the dual-pathway COMPASS regimen are maintained, proportionately, in those with moderate renal dysfunction,” Dr Fox’s team stated. “There is no evidence of an excess hazard of bleeding among those with moderate renal dysfunction and the dual-pathway COMPASS regimen.”

In a discussion of study limitations, the authors noted that their study, by design, included few patients with severe renal dysfunction. Their analysis also does not take account of patients with a deterioration in renal function during the course of the study, they noted.

In an accompanying editorial, Manesh R. Patel, MD, of Duke University Medical Center in Durham, North Carolina, said the findings of the study by Dr Fox and colleagues “provide insights and should direct our care in patients with chronic vascular disease on several fronts.”

Renal dysfunction or chronic kidney disease, he said, is functioning as a coronary artery disease equivalent and also is a marker of bleeding risk, “with many of the underlying comorbidities associated with renal dysfunction leading to higher rates of bleeding in patients with vascular disease.”

Dr Patel concluded that “the finding of renal dysfunction should serve as a wake-up alarm for both clinicians and patients with chronic vascular disease; it alerts of an increased risk for adverse cardiovascular events, and this risk is modifiable.” 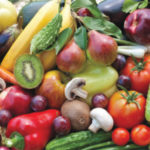