PHILADELPHIA—At the annual Kidney Week meeting, physicians provided details of the first successful delivery of renal replacement therapy (RRT) to a patient with Ebola virus disease (EVD) and offered advice on how to administer RRT safely in such cases.

The patient acquired EVD while working at an Ebola treatment unit in the West African nation of Sierra Leone and was transported to Emory University in Atlanta. Speaking before meeting attendees, Michael J. Connor, Jr., MD, and Harold A. Franch, MD, both of Emory, described the case and the protocol used for the patient’s care. Dr. Connor and Dr. Franch, as well as other clinicians, described their experience in a paper published online ahead of print in the Journal of the American Society of Nephrology (JASN) to coincide with the Ebola session.

“In our opinion,” Dr. Connor said, “this report confirms that with adequate training, preparation, and adherence to safety protocols, renal replacement therapies can be provided safely and should be considered a viable option to provide advanced supportive care in patients with Ebola.”

Dr. Franch, a nephrologist who oversaw the delivery of RRT to the patient, noted that extra training of volunteer intensive care unit nurses made success possible. “We thank them for their bravery and commitment,” he said. “Our case also shows that dialysis is not a death sentence for patients suffering from Ebola virus disease and recovery of kidney function is possible.”

Dr. Connor told listeners that he and his colleagues recommend CRRT for initial treatment because it minimizes exposure of additional staff and equipment to the isolation environment. The right internal jugular vein is the preferred access site based on KDIGO recommendations, as it tends to have superior performance and the internal jugular sites typically have the lowest bleeding risk.

CRRT effluent presents a very low infection risk, Dr. Connor said, but, given that it is handled in an Ebola positive environment, it was treated at Emory as hazardous and disposed of in a similar manner.

Another speaker, Sarah Faubel, MD, professor of medicine at the University of Colorado School of Medicine at the Anschutz Medical Campus, and chair of the American Society of Nephrology’s AKI Advisory Group, summarized recommendations for developing an EVD protocol, emphasizing that the best protocol is one that incorporates center-specific expertise.

“The right protocol at one center is not going to be the same as the right protocol at another center,” Dr. Faubel stressed. “Trust what your understanding [is] about how this disease is transmitted, trust your expertise about providing renal replacement therapy, and come up with the best plan at your institution.”

Before doctors can start thinking about dialysis, she noted, their institutions have to be prepared. Among other measures, hospitals need to have a biocontainment unit and protocols for protecting healthcare workers, deciding who is going to care for EVD patients, and disposing of waste materials.

She emphasized that nephrologists must be involved early in the development of an Ebola treatment protocol, and introduction of new procedures should be kept to a minimum. “If you haven’t done regional citrate, the Ebola patient is not the first place to try it,” she said. 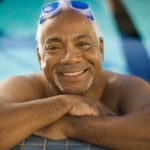