Bjørn Steinar Lillås, MD, of Haugesund Hospital in Haugesund, Norway, and colleagues studied 105 adults aged 41 to 52 years, of whom 57 had LBW and 48 had normal birthweight [NBW]). The mean measured glomerular filtration rate (mGFR) was significantly lower in the LBW than NBW group (95 vs 100 mL/min/1.73 m2).

Among the women, the mean mGFR was significantly lower in the LBW than NBW group (90 vs 101 in mL/min/1.73 m2). The mGFR increased by 4.5 in mL/min/1.73 m2 with each 1 kg increase in birthweight, Dr Lillås’ group reported in Nephrology Dialysis Transplantation.

The association of birthweight with mGFR only in women “could be explained by underlying sex-specific mechanisms that should be investigated further,” according to the investigators.

Compared with general population data, the authors noted, their study group with NBW appeared to have lower blood pressure and body mass index and thus seemed to make up a very healthy group of subjects. “By studying a fairly healthy population, our results reflect the association between [birthweight] and kidney function, independent of several other possible confounders.”

The study, which is the first to examine differences in mGFR in mainly healthy middle-aged adults, relied on data from the Medical Birth Registry of Norway. Investigators defined LBW as 1100 to 2300 g and NBW as 3500 to 4000 g. 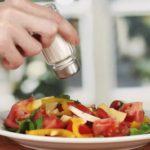