Removing race adjustments from the most commonly used equation for estimating glomerular filtration rate (GFR) would double the estimated prevalence of chronic kidney disease (CKD) among Black adults in the US and possibly result in changes to their management strategies, according to investigators.

“Estimation of GFR without race adjustment reclassifies a sizeable fraction of Black adults with CKD,” a team led by Manjula Kurella Tamura, MD, of the Veterans Affairs (VA) Palo Alto Health Care System, observed in a paper published in the Journal of the American Society of Nephrology. “Because the race adjustment factor is constant and CKD prevalence is higher at earlier stages, its elimination leads to a larger effect on CKD prevalence at earlier versus more advanced stages.”

Dr Kurella Tamura and colleagues examined the effect of removing race adjustment from the CKD-Epidemiology Collaboration (CKD-EPI) equation on the prevalence of CKD and management strategies. Previous research had shown that Black individuals had higher serum creatinine concentrations relative to people of other races at a given level of measured GFR.

“The inclusion of race in the equation has been questioned on the basis that race is a social rather than biological construct, and that binary race classification ignores ancestral diversity within racial and ethnic groups,” the investigators observed.

The investigators analyzed data from individuals aged 18 year or older using 2016-2016 data from the National Health and Nutrition Examination Survey (NHANES) and 2015 data from the VA Health Care System. By removing race adjustments from the CKD-EPI equation, the estimated prevalence of CKD, defined as an estimated GFR (eGFR) below 60 mL/min/1.73 m2, among Black individuals would increase from 5.2% to 10.6% in the NHANES cohort and from 12.4% to 21.6% in the VA cohort. After eliminating the race adjustment, 5.6% of Black individuals would be reclassified as having CKD stage 3, and 6.3% of those with CKD stage 3 would be reclassified as having CKD stage 4.

In addition, among Black individuals in the VA cohort, the mean estimated risk 2-year risk for kidney failure using the Kidney Failure Risk Equation rose significantly from 2.7% with race adjustment to 3.4% without adjustment.

Widespread adoption of eGFR without adjusting for race could lead to significant changes in the use of medications that require dose adjustments for kidney function, Dr Kurella Tamura and colleagues stated. Among Black veterans, 41.0%, 33.5%, 24.0%, 6.9%, 6.6%, and 5.8% of those using gabapentin, ciprofloxacin, metformin, atenolol, rosuvastatin, and tramadol, respectively, were reclassified to a lower eGFR. These reclassifications may necessitate dose adjustments or discontinuation of these medications, they noted.

Eliminating the race adjustment could affect up to 40% of Black adults using medications for which dose adjustments are recommended based on kidney function, according to the investigators.

Dr Kurella Tamura’s team cautioned that dropping the race adjustment could affect other aspects of clinical management that were not evaluated in this current study, such as kidney donation eligibility, use of contrast for diagnostic imaging, waiting time for kidney transplantation, and clinical trial eligibility.

The assumption that all Black adults have more muscle mass can lead to overestimation of kidney function, which can cause a delay in referral to a nephrologist and ultimately lead to inferior care, said Richard Mann, MD, chief of nephrology and medical director of the kidney and pancreas transplant program at Rutgers University in New Brunswick, New Jersey. “Race is being used as a surrogate for muscle mass,” Dr Mann said. “I think race should be removed and taken out of the equation. Even if [greater muscle mass] is true for a certain percentage [of Black patients], it is wrong to assume just because someone is Black they have more muscle mass.”

Nephrologist Duncan Johnstone, MD, PhD, clinical director of the renal-electrolyte division at the University of Pittsburgh in Pittsburgh, Pennsylvania, said the current study is clinically relevant and should lead to changes in the equations that are endorsed. Several health care institutions no longer report eGFR with an adjustment for Black race. The American Society of Nephrology (ASN) and the National Kidney Foundation recently endorsed the idea that race modifiers should not be included in equations to estimate kidney function. “We are ready for a change,” Dr Johnstone said. 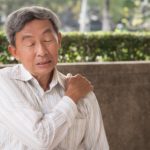