Individuals with metabolic syndrome (MetS) are at increased risk for chronic kidney disease (CKD), but those who recover from it have a reduced risk, according to a report in Kidney Research and Clinical Practice.

In a nationwide population-based study in Korea, Sehoon Park, MD, of Seoul National University College of Medicine, and colleagues found that development of MetS was significantly associated with 26% increased odds of CKD in adjusted analyses, whereas recovery from preexisting MetS was significantly associated with 16% decreased odds of CKD compared with those who had chronic MetS. Among the MetS components, change in hypertension was associated with the biggest difference in CKD risk.

“In this nationwide population-based study of more than 6 million people without baseline kidney dysfunction, approximately 5% of individuals recovered from preexisting MetS and a similar portion newly developed MetS,” the authors wrote. “Recovery from MetS was significantly associated with decreased risk of incidental CKD. In contrast, people who developed MetS had a higher CKD risk than did those who did not develop MetS.” 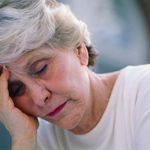