Important differences in chronic kidney disease (CKD) progression and mortality exist between Hispanics and non-Hispanics but may be largely attributed to underlying factors.

A team led by Michael J. Fischer, MD, of the University of Illinois at Chicago, conducted a prospective study of 3,785 CKD patients from the Chronic Renal Insufficiency Cohort (CRIC) and Hispanic-CRIC in the US. Of these, 44% were black, 43% were white, and 13% were Hispanic (a majority Mexican Americans from Chicago).

During 5.1 years of follow-up, more than a quarter of patients (27.6%) experienced CKD progression, including 21.3% who deteriorated to end-stage renal disease (ESRD). Overall, 18.3% died.

Unadjusted analyses revealed that Hispanics had significantly higher rates of CKD progression, ESRD, and average annual decline in estimated glomerular filtration rate than did whites, but not blacks. Rates of mortality from any cause were similar between Hispanic and white patients but lower than for black patients.

After adjustment for relevant factors, differences in CKD progression between ethnic groups mostly dissipated, according to results published in the Journal of the American Society of Nephrology. Among non-diabetic patients, Hispanics had a 39% lower risk of CKD progression than blacks and 50% lower risk of ESRD. This novel finding warrants further research, according to the investigators.

“Proteinuria significantly modified the relationship between race/ethnicity and mortality,” Dr Fischer and colleagues further explained. “While at lower levels of urine protein Hispanics had a similar risk of death compared with non-Hispanics, their risk of death was significantly lower at higher levels of urine protein.” Among the possibilities, Hispanics might be predisposed to proteinuric kidney disease. More research is needed to see whether reductions in proteinuria result in improved outcomes.

Previous studies have shown mixed results. The study authors acknowledged that residual confounding and bias may exist in their study. The findings also may not be generalizable to all Hispanics with CKD in the US. 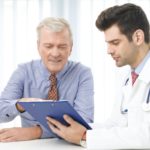 CKD Is a Risk Factor for UTUC