Racial and ethnic disparities permeate much of the healthcare system in the United States. Numerous studies have documented that Black individuals and other people of color have less access to healthcare and receive poorer quality care when compared with White people. To better understand why, Renal & Urology News interviewed Deidra C. Crews, MD, professor of medicine at Johns Hopkins University School of Medicine in Baltimore, Maryland, who has conducted research that focuses on racial and ethnic disparities in kidney disease. Dr Crews also is a member of the American Board of Internal Medicine Nephrology Board.

What do you see as the most concerning racial or ethnic disparities in the care of patients with kidney disease?

Dr Crews: Referral to nephrology in a timely way, and more broadly, access to specialty care and health insurance. Even for those patients who have primary care clinicians, we still continue to see racial and ethnic disparities in timely referrals to nephrology.

Why do you think this is the case?

Dr Crews: It begins with the perception on the part of clinicians surrounding the level of severity of patients’ kidney disease and whether it warrants nephrology referral. That perception might vary depending upon the race or ethnicity of the patient. Physician bias may play a role such that more high-quality care isn’t always offered to ethnic and racial minority patients the way that it is to White patients. This is seen with home dialysis, for example. Racial and ethnic minorities, particularly Black and Hispanic individuals, are less likely to initiate dialysis on a home modality than are White patients. They are too often, in my view, presumed to not have the social circumstances that would be able to support home dialysis, such as adequate social support and a suitable home environment. They are too often assumed to not be “good candidates” for home therapy.

What would explain the lower rates of live-donor kidney transplantation among people of color?

Dr Crews: In order for someone to receive a kidney from a living donor, they have to identify someone who is willing to come forward to get evaluated. That someone has to be clinically eligible to be a donor. People tend to ask family members about donating a kidney. For Black patients who seek out a family member to be a donor, there is a higher likelihood, for a host of reasons, that a family member may also have some of the same risk factors for kidney disease the patient has.

In addition, socioeconomic barriers are at play when it comes to racial and ethnic minority donors. Structural inequities in our society leave a number of ethnic and minorities at a distinct disadvantage when it comes to things like the ability to donate a kidney. The interest in giving a kidney doesn’t vary so much when we look across race and ethnicity. What does vary, though, are the socioeconomic barriers to be able to donate, such as transportation and the ability to take time off from work. The gap between Black donors and White donors with respect to willingness or ability to donate appears at the lower levels of socioeconomic status. At higher levels of socioeconomic status, Black people are actually more likely to want to donate a kidney.

Are Black people more distrustful of the healthcare system compared with White people?

Dr Crews: Many Black individuals do not have a high level of trust in the healthcare system. As citizens of the United States, we give up certain rights to have certain protections that are provided by our government and other systems that are in place. This is an important social contract. But there’s been a breach of that social contract in many cases with respect to communities of color. Given that, it would be understandable, I think, that there would be a certain level of hesitancy when it comes to thinking about engaging with the healthcare system. This really has to do with not just historical incidents, such as the “Tuskegee Study of Untreated Syphilis in the Negro Male,” but present-day experiences that they or a family member or friend have had where they were not treated fairly by systems in our society, including the healthcare system. That is the reason many people do not trust these systems. These systems have not proven themselves trustworthy.

Have you observed racial differences in COVID-19 vaccine hesitancy?

Dr Crews: Early on, when the vaccines were being rolled out, it was documented that a smaller proportion of Black Americans were planning to get the vaccine than other groups. As information has come out, we have seen that hesitancy retreat among Black Americans in particular. Anecdotally, in my interactions with patients and community partners in the research work that I do, I’m mostly hearing challenges about access to the COVID-19 vaccines in the Black community. I hear way more about difficulty in navigating the process about getting the vaccines than I hear about hesitancy. I hear people saying they want the vaccine, but they haven’t been able to sort out how to get it.

Do you think physicians have inherent or unconscious biases that contribute to disparities in care?

Dr Crews: Physicians are human beings. In the United States, physicians, like other people, are all subject to images and messages that promote certain stereotypes and other biases. I see physicians as no different from any other people in American society. Given that, how could we not have biases that are present in everything we do? But awareness of biases is particularly important for physicians because the work we do has life and death consequences.

We should each be committed to continuously working to understand our own biases. Once we recognize that we have those biases, we should work to keep them in check. When we’re making treatment decisions for a patient that we know is from a group against which we have biases, we might ask, “Am I giving this person a timely referral to subspecialty care? Am I fully thinking through all of the reasons that this patient may be having some challenges with a particular therapy?”

Dr Crews: For patients to be considered for enrollment in a clinical trial addressing kidney disease, they often have to be referred to a kidney specialist in a very timely way. What we see all too often is that racial and ethnic minorities are referred late, and so they don’t have access to high-quality advanced care that actually keeps their disease from progressing. That’s the first problem. Then there’s the issue of whether trust has been earned with respect to research. We all too often will plan the study we want to conduct, decide what treatment group A is going to be and what treatment group B is going to be, we apply for the grant, or we get funding from industry, and then we say, “Why can’t we enroll Black participants?” But what is missing is that we often don’t engage communities of color when we’re first thinking about conducting a study to make sure that the design of the trial would enable them to participate, and that the intervention being tested is responsive to their needs and priorities. These communities should be engaged at the front end, giving them a part in the design, instead of after the whole protocol has been approved. I think we would then see much better outcomes when it comes to participation. 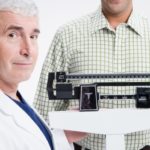