Soft drink intake is associated with proteinuria, and fructose intake increases the sensitivity of the proximal tubule to angiotensin II (Ang II) in rats, according to two studies presented at the annual Kidney Week meeting by the American Society of Nephrology.

Ryohei Yamamoto, M.D., Ph.D., from the Osaka University Graduate School of Medicine in Japan, and colleagues conducted a retrospective cohort study involving 12,026 university employees to examine the correlation between soft drink intake and kidney disease. During a median of 2.9 years of follow-up, the researchers found that, of the employees drinking zero, one, and two or more drinks/day, 8.4, 8.9, and 10.7 percent, respectively, developed proteinuria (P = 0.007 for trend). Drinking two or more soft drinks per day was a significant predictor of proteinuria (incident rate ratio, 1.28), even after adjustment for clinically relevant factors.

“We conclude that moderate fructose intake increases the sensitivity of the proximal tubule to Ang II and that enhanced NHE3 expression may contribute to this,” Gonzalez-Vicente and colleagues write.

One author from the Yamamoto study disclosed financial ties to the pharmaceutical industry. 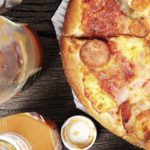