Pretreating enteral nutrition with sodium polystyrene sulfonate (SPS), a resin that binds and exchanges potassium for sodium, is an effective method for treating chronic hyperkalemia in children with chronic kidney disease (CKD), but close monitoring of electrolytes is warranted, researchers concluded.

Krisha Le Palma, PharmD, and colleagues at the Children’s Hospital of Philadelphia (CHOP) conducted a retrospective cohort study of 14 children with CKD (aged 0.5 to 53.2 months) who received 19 courses of SPS pretreatment of enteral nutrition (EN). Serum potassium level decreased from 6.0 to 4.4 mmol/L and serum sodium levels increased from 135.8 to 141.3 mmol/L 1 week after initiating SPS pretreatment, the investigators reported online in the Clinical Kidney Journal. They observed no significant differences in mean serum calcium or magnesium levels, but more than half of the courses resulted in at least 1 electrolyte abnormality, most frequently hypokalemia (31.6%), hypernatremia (26.3%), and hypocalcemia (21.1%).

“A trial of SPS pretreatment of EN may be warranted in situations where dietary potassium restriction is ineffective or compromises adequate nutrition or enteral use of SPS is not tolerated due to palatability or adverse effects,” the authors concluded.

The CHOP protocol is designed to dose the SPS pretreatment of EN based on grams of SPS per milliequivalents of potassium (g/mEq K) contained within the EN rather than the volume of formula administered, according to the investigators. The starting dose of pretreatment of EN with SPS initially was 0.5–1 g/mEq K, based on available in vitro data, but, in response to anecdotal reports of electrolyte abnormalities in their institution, the starting dose was subsequently decreased to 0.3–0.6 g/mEq K, the authors explained. 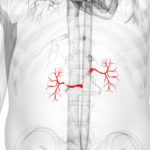