Patients with CKD and acidosis would benefit from bicarbonate supplementation, which is a relatively safe, cheap, and well-tolerated strategy, he added.

The findings of Dr. Yaqoob’s group are consistent with those of another study published recently in the American Journal of Kidney Diseases (2009; published online ahead of print). In a study of 5,422 individuals, Michal L. Melamed, MD, and collaborators at Albert Einstein College of Medicine/Montefiore Medical Center in Bronx, N.Y., showed that low serum bicarbonate levels are associated with kidney disease progression independent of baseline estimated glomerular filtration rate (eGFR) and other clinical, demographic, and socioeconomic factors.

The researchers defined kidney disease progression as either a decrease in eGFR by 50%, or reaching an eGFR less than 15 mL/min/1.73 m2.

The study population had a median of five serum creatinine measurements during a median follow-up of 3.4 years. A total of 337 subjects experienced a 50% or greater decrease in eGFR or reached an eGFR of less than 15 mL/min/1.73 m2.

“The findings of both these studies highlight the importance of metabolic acidosis in the progression of CKD,” Dr. Yaqoob said.

Dr. Melamed said she thinks the work by Dr. Yaqoob’s group “is a good first  start in this area of investigation,” but pointed out that the study was open-labeled and not placebo-controlled, two important study limitations.

In addition, she noted that subjects had very advanced kidney disease so it is unclear what the effects of bicarbonate supplementation might be in earlier stages of CKD. Moreover, the effect size observed in the study (an 85% risk reduction) was quite large and should be confirmed in other studies, said Dr. Melamed, Assistant Professor of Medicine at Albert Einstein.

Nevertheless, she said bicarbonate supplementation “is a fairly benign, inexpensive therapy that has potential to become standard therapy for late stage CKD.” 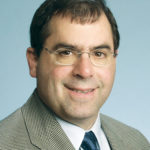 Issues in Renal Disease: An Update