The study is one of the first to provide insight into what may be occurring in bone microarchitecture parameters in patients with early stage CKD, said lead investigator Sarah West, a doctoral candidate at the University of Toronto, and research student at the Women’s College Hospital Research Institute, Toronto.

If measurements of bone geometry used in the study are able to predict fracture risk, ultimately they may be able to act as important clinical tools for clinicians to help identify patients at high risk for fracture, allowing clinicians to target treatment and help lower fracture-related morbidity and mortality in CKD patients, she said.

“What we are trying to determine is how bone is affected in pre-dialysis patients,” West told Renal & Urology News. “What we have seen is that bone density measurements may not be giving a good indication of fracture risk in these patients.”

Bone disease occurs early in the course of CKD and often results in fractures. BMD measurements by DXA have only been weakly associated with fractures in CKD patients. Bone microarchitecture, which is a large contributor to fracture risk, is not captured by DXA measurements.

Traditional BMD measurement sites are the hip and spine, neither of which fully reflects what is happening in cortical bone, may be preferentially affected in CKD patients. West’s team analyzed the association between BMD and bone microarchitecture in 51 patients (mean age 64 years) with early stage CKD (29 men and 22 women). The patients had a mean weight of 75.9 kg and 65% were Caucasian. The most common cause of CKD was diabetes (40%).

The researchers measured bone geometry by pQCT at the ultradistal radius (UDR) and BMD at various sites by DXA. They analyzed the association between BMD at each of the UDR, lumbar spine (LS), total hip (TH), and femoral neck (FN), as well as five measures of bone geometry using the Students T-test.

Compared with subjects whose UDR T-scores were -2.0 or greater, those with UDR T-scores of less than -2.0 had decreased cortical thickness, trabecular bone density, trabecular volume, tissue volume, fewer number of trabeculae, and larger trabecular separation.

The investigators also found decreased cortical thickness, trabecular bone density, and trabecular bone volume among subjects with FN T-scores lower than -2.0 compared with subjects who had higher FN T-scores. In contrast, they did not find any significant associations between low LS and TH BMD and any of the bone geometric measures.

Among CKD patients who are not yet on dialysis, the researchers concluded, those with low UDR or FM T-scores may have significant alterations in bone geometry. 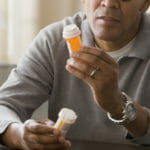