Moderate and high fitness in midlife may predict a lower risk for chronic kidney disease (CKD) decades later, even in at-risk populations such as individuals with diabetes mellitus, researchers concluded.

Laura F. DeFina, MD, of The Cooper Institute in Dallas, and colleagues studied 17,979 participants in the prospective Cooper Center Longitudinal Study seen initially from 1971 to 2009 and who received Medicare coverage from 1999 to 2009. A total of 2,022 cases of incident CKD occurred during 116,973 person-years of observation. Compared with subjects who had low fitness levels, those with moderate and high levels had a 24% and 34% lower risk of CKD, respectively, in a fully adjusted model, the researchers reported online in Preventive Medicine.

Given the high cost of managing end-stage renal disease, prevention is critical, the authors noted.

“Our findings support a role for enhancing fitness through regular physical activity in preventive strategies for CKD,” the authors concluded.

For the study, the researchers stratified individuals into age- and sex-specific quintiles of fitness based on treadmill times during exercise stress testing. They considered subjects in quintile 1 to have low fitness and those in quintiles 2–3 and quintiles 4–5 to have moderate and high fitness, respectively. Dr DeFina’s group used the final treadmill speed and grade to estimated maximal metabolic equivalents (METs). The average time from baseline examination to the end of surveillance in Medicare was 21.4 years, with a mean follow-up of 7.2 years within the Medicare surveillance period.

At baseline, participants in the low fit, moderate fit, high fit categories had a mean age of 46.8, 49.4, and 51.6 years, respectively. The low fit group had more prevalent hypertension and hyperlipidemia than the moderate and high fit groups. The 3 groups did not differ significantly with respect to markers of renal function, including estimated glomerular filtration rate, creatinine levels, and urine protein levels.

The authors acknowledged limitations of their study. They obtained outcome diagnoses from administrative claims data, not adjudicated clinical data, which may have led to under-reporting of CKD because early-stage CKD is known to be under-diagnosed, they noted. In addition, the researchers pointed out that they did not have medication data available to determine the use of drugs potentially affecting renal function. 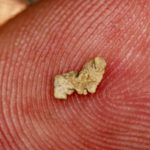