“This study demonstrated that even small amounts of physical activity, such as walking 60 minutes per week, might slow the rate of kidney disease progression,” explained study coauthor Cassianne Robinson-Cohen, PhD, of the Kidney Research Institute at the University of Washington in Seattle, in a statement from the American Society of Nephrology that accompanied the release of the findings. “Physical inactivity is emerging as one of the few risk factors for kidney disease progression that is amenable to intervention.”

Dr. Robinson-Cohen and her colleagues performed a longitudinal cohort study involving 256 participants from the Seattle Kidney Study, a clinic-based study of CKD. The researchers restricted the study population to patients who had the capacity to exercise and then adjusted for known and measured characteristics associated with eGFR decline.

During a median follow-up of 3.7 years, the mean baseline eGFR of 42 mL/min/1.73m2 fell by 7.6% per year as determined by longitudinal measurements of serum cystatin C. Patients who reported being physically active for more than 150 minutes per week had the lowest rate of eGFR loss, with annual decreases of 6.2% per year, compared with eGFR decreases of 9.6% per year among inactive patients.

After adjustment for eGFR at the time of questionnaire completion, physical activity was not associated with the incidence of end-stage renal disease. 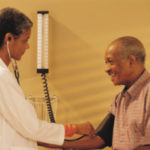