Incorporating venous pH measurements routinely in the management of patients with chronic kidney disease (CKD) may be worthwhile, particularly among those with low bicarbonate levels, according to a new study using real-world clinical data.

“Many previous reports have indicated that lower serum bicarbonate levels are associated with poor prognosis of CKD,” said corresponding author Jun-Ya Kaimori, MD, PhD, of the Osaka University Graduate School of Medicine in Osaka, Japan. “These studies, however, are limited since they have not taken into consideration the most important acid-base parameter, pH.”

In a retrospective study involving 1058 Japanese patients receiving care at Osaka University Hospital and who had an estimated glomerular filtration rate (eGFR) less than 60 mL/min/1.73 m2, Dr Kaimori and colleagues examined how pH modifies the effect of the association between bicarbonate levels and the risk of incident kidney failure requiring replacement therapy (KFRT).

Approximately 40% of patients with hypobicarbonatemia did not have acidemia, the investigators reported in the American Journal of Kidney Diseases. Among these patients, the investigators found no significant association between serum bicarbonate levels and KFRT risk. The study showed, however, that hypobicarbonatemia conferred a considerable risk of KFRT in patients with acidemia after adjusting for potential confounders, including pulmonary comorbidities and respiratory compensation capacity.

In lowest bicarbonate quartile (21.5 mEq/L or less), 59% of patients had acidemia (pH less than 7.32), 38% had a venous pH within the normal range, and 3% had alkalemia (pH greater than 7.42). KFRT developed in 374 patients with a median follow-up of 3.0 years. Dr Kaimori’s team found that venous pH modified the association between bicarbonate and the rate of KFRT. The lowest vs highest quartile of serum bicarbonate was associated with a 2.29-fold higher rate of KFRT among patients with acidemia after adjusting for potential confounders (P =.03). There was no significant association between serum bicarbonate and KFRT in patients without acidemia.

“These data may suggest that we do not have to administer sodium bicarbonate … to all CKD patients with metabolic acidosis,” Dr Kaimori told Renal & Urology News. “Too much alkali therapy might cause sodium retention, leading to lots of adverse events in CKD patients.

The current policy for treating metabolic acidosis may be suboptimal due to a lack of consideration of the impact of pH, according to the investigators.

Limitations of the study include its observational design, which precludes establishing causal interference between serum bicarbonate levels and KFRT risk.

Jochen Reiser, MD, PhD, a professor of internal medicine at Rush University Medical Center in Chicago, Illinois, said previous studies have suggested that alkalinization through external administration of oral alkali therapy (sodium bicarbonate) may be used to correct metabolic acidosis in CKD and slow the decline of renal function, thereby extending the time to end-stage kidney disease (ESKD) and need for dialysis. “However, studies on this topic, including randomized clinical trials, have been producing controversial outcomes with respect to a clear benefit,” Dr Reiser pointed out. “The present paper may offer an explanation for this discrepancy because it argues that a lower-than-normal serum level of bicarbonate may not be associated with a shorter time to [ESKD] unless the patients also had concurrent acidemia as evaluated by venous pH.”

The new study provides clinically important information, but because it is retrospective it carries risk for bias. “Typically, patients with acidemia will likely have more severe illnesses, and because of that might more likely display a higher rate of kidney function decline,” Dr Reiser said. “The demographics are very different between Japan and the USA. Nevertheless, the associations between low bicarbonate and low venous pH for the decline of renal function might still hold true in the USA as well.”

Kalani Raphael, MD, an associate professor in the division of nephrology & hypertension at Oregon Health & Science University in Portland, explained that one of the main jobs of the kidney is to regulate acid-base balance, and in the outpatient setting the most common way clinicians evaluate acid-base balance in CKD patients is by looking at bicarbonate level. “But bicarbonate is only one piece of the puzzle,” Dr Raphael said. “Prior studies showed that low bicarbonate levels are associated with poorer outcomes in CKD. The results of this study suggest that a low bicarbonate may only be associated with poor outcomes if the blood pH is also low, indicating severe metabolic acidosis.”

Blood pH, he said, is almost never measured in the outpatient setting, but the new findings suggest that may be a mistake. “The findings here suggest that perhaps we should be incorporating measurements of pH, particularly among those with low bicarbonate levels in clinical practice,” Dr Raphael said. “I think the findings are applicable to the US, but more importantly this hypothesis needs to be tested in other populations to be sure.”

For the current study, pH measurements were available because they were ascertained as part of routine clinical care in Japan, he said. “Replicating the study findings in the US would be challenging without research support,” he said. “The authors looked at kidney failure as the outcome. Another study I would like to see is one looking at how pH modifies the risk of death, which is an important clinical outcome in CKD.”

Michael Heung, MD, professor of medicine in the division of nephrology at the University of Michigan in Ann Arbor, said theoretically these findings may be helpful because they provide a new way to stratify which patients are most likely to benefit from alkali therapy. “Because this is the first study to report this finding, it will be important to see additional confirmation in other studies. In particular, pH is a dynamic variable. This study only examined a single baseline measure, and future studies should explore the role of pH over time as both a prognostic factor and therapeutic target in patients with CKD.” 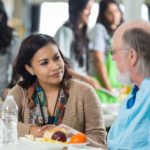