Patients with kidney disease are significantly more likely to undergo major surgery compared with individuals with normal renal function, according to a population-based Canadian study.

“There is literature that suggests that people with kidney disease have poorer outcomes after surgery, but we really don’t know how often they are having surgery, and if this differs by grade of kidney function,” said the study’s first author Tyrone G. Harrison, MD, of the University of Calgary in Calgary, Alberta. “We found that people with lower kidney function had significantly more frequent major surgical procedures, and was highest among people receiving dialysis.”

The most frequent surgery performed for the whole cohort was laparoscopic cholecystectomy, followed by total hip arthroplasty and hysterectomy.

During the study period, 241,989 subjects (16.6%) underwent a major surgery, defined as an operation requiring a hospital stay of at least 24 hours.

The study population had a median age of 52 years. Females made up 57% of the cohort. Most patients (84.5%) had an eGFR of 60mL/min/1.73m2 or higher at inclusion in the study, and only 0.1% of the participants were on chronic dialysis.

“We need to understand more about this population and how they do after surgery so that we can try and optimize their perioperative experience,” Dr Harrison said.

“If the findings are corroborated, one might advocate for more cautious approaches to meet the surgical needs in this population, including fewer outpatient procedures and possibly earlier referral for procedures that can be scheduled and carefully performed,” said Donald A. Molony, MD, professor of internal medicine at McGovern Medical School of the University of Texas Health Science Center at Houston, who was not part of the study.

Transplant nephrologist Chethan Puttarajappa, MD, MS, from the University of Pittsburgh in Pittsburgh, Pennsylvania, said the findings are clinically relevant but must be weighed carefully. “Including all types of major surgeries is useful from a healthcare policy and resource allocation perspective, but from a clinical perspective what we need to know is if this increase in surgeries is appropriate or whether some of them are due to suboptimal management of CKD-related risk factors, Dr Puttarajappa said.

Although the study was well conducted and adjusted for important comorbidities, income status, and proteinuria it did not adjust for potential confounders, such as smoking and body mass index, he said.

Nephrologist Syeda Behjat Ahmad, MD, also from the University of Pittsburgh, said the study helps to confirm clinical indices that patients with advanced CKD likely have more comorbid conditions. Furthermore, these patients are more likely to have electrolyte disturbances that precipitate cardiac disease (such as increased fibroblast growth factor 23 levels), poor bone health, and vascular disease. For this population, physicians should have a greater awareness of the potential need to take preemptive measures, such as correction of academia and control of vitamin D and parathyroid hormone levels, Dr Ahmad said. 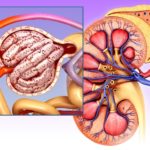