Poor dietary habits are associated with an increased risk of chronic kidney disease (CKD) among poverty-stricken urban residents, according to a new study.

Based on the finding, researchers concluded that dietary habits “may represent a target for interventions aimed at reducing disparities in CKD.”

The study included 2,058 community-dwelling adults aged 30–64 years (mean 48 years) living in Baltimore classified into poverty and nonpoverty groups. Researchers led by Deidre C. Crews, MD, ScM, of Johns Hopkins University School of Medicine in Baltimore, evaluated subjects’ adherence to the Dietary Approaches to Stop Hypertension (DASH) diet, which is high in fruits and vegetables, moderate in low-fat dairy products, and low in animal protein, but with substantial amounts of plant protein from legumes and nuts.

“To our knowledge, this is the first report comparing dietary patterns in the context of socioeconomic disparities in CKD,” Dr. Crews and her colleagues wrote. “In our study, participants living in poverty consumed diets lower in several potentially renal-protective nutrients than consumed by the nonpoverty participants, including potassium.”

Of the 2,058 participants, 42% fell into the poverty group, which included individuals whose self-reported household income was less than 125% of the 2004 Department of Health and Human Services poverty guideline (family of 4 earning less than $23,562 annually). The non-poverty group included individuals with higher self-reported household income. The investigators defined CKD as an estimated glomerular filtration rate below 60 mL/min/1.73 m2.

In a discussion of study limitations, the authors noted that, because of the study’s cross-sectional design, a direct causal relationship between DASH diet adherence and CKD cannot be inferred and reverse causality (for example, a CKD diagnosis affecting adherence to a DASH-style diet) is possible. 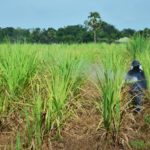