In a hyperkalemic emergency, the standard recommendation is to administer 10 units of short-acting insulin as an IV bolus. The evidence supporting this method has been unclear, however. So Ziv Harel, MD, and Kamel S. Kamel, MD, of St. Michael’s Hospital in Toronto, conducted a review of randomized controlled trials and observational studies from 1946 to 2015. Perioperative hyperkalemia was excluded, as was hyperkalemia treated with other therapies, such as diuretics. The definition of hyperkalemia varied, with some studies using a floor of 5 mmol/L, and others a floor of 6 mmol/L. Some did not specify their criteria.

Results showed no statistically significant difference in average decrease of serum potassium concentration at 60 minutes after the start of insulin between 20 units of insulin infused over 60 minutes and 10 units administered as a bolus (0.79 vs 0.78 mmol/L). Likewise, the study revealed no meaningful difference in potassium lowering between a 20 unit infusion and a 10 unit infusion (0.79 vs 0.39 mmol/L).

The researchers acknowledged a high degree of bias and heterogeneity among the studies and suggested a high-quality randomized controlled trial be performed in the future. 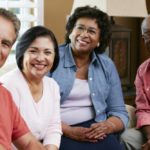