Inflammatory bowel diseases (IBD), such as ulcerative colitis and Crohn’s disease, or their treatments may increase the risk for chronic kidney disease (CKD), according to new research published in Clinical Gastroenterology and Hepatology.

Ravy K. Vajravelu, MD, MSCE, of the University of Pennsylvania in Philadelphia, and colleagues conducted a retrospective study comparing 17,807 IBD patients from the United Kingdom with 63,466 matched control patients. Stage 3 or higher CKD, assessed by repeat measurements of estimated glomerular filtration rate (eGFR) or diagnosis code, developed in 5.1% of IBD vs 3.5% of control patients, with age-standardized incidence rates of 130.3 vs 91.3 per 100,000 person-years. The risk of CKD in patients with IBD diminished with age, from a 7.9-fold increased risk of CKD by age 16 years to a 1.13-fold increased risk at age 77 years. The risk was only slightly lower for ulcerative colitis compared with patients who had Crohn’s disease. Active flare did not appear to influence eGFR.

Previous studies have linked common non-biologic IBD therapies with impaired renal function. In this study, neither 5-aminosalicylate nor methotrexate was associated with reduced eGFR. Azathioprine was associated with a slightly higher eGFR (0.32 mL/min/1.73 m2). Biologic medications, such as infliximab, adalimumab, and vedolizumab, are not usually prescribed by general practitioners in the UK, but these medications have not been associated with CKD among IBD patients in prior studies, according to the authors.

“These findings have important implications for clinical practice, because gastroenterologists often monitor the renal function of patients receiving mesalamine to avoid nephrotoxicity,” Dr Vajravelu’s team wrote. “Because this study indicates that all patients with IBD are at increased risk for CKD and that the risk is not conferred by mesalamine use, it may be reasonable to periodically monitor renal function in all patients with IBD, not just those taking mesalamine.” 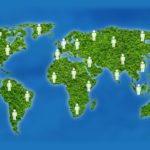 CKD a Leading Cause of Morbidity and Mortality Worldwide